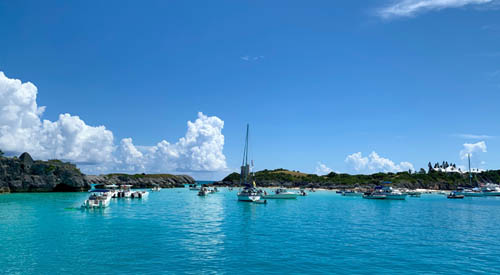 January is when many people plan their summer holiday, after all, it helps to visualize warmth and sunshine when gripped in the mid-winter chill. So this month Henley Life brings you a snapshot of a British Overseas Territory immortalised in a Barry Manilow song as Cindy Burrowes discovers the joys of Bermuda.
Bermuda is an archipelago of islands sitting all alone in the vast expanse of the North Atlantic, in the Sargasso Sea. The name of Bermuda is most famously associated with the Bermuda Triangle (also known as Hurricane Alley, or Devil’s Triangle) where, over the years, more than 50 aircraft and 20 ships have disappeared in the expanse of ocean marked between Florida, Bermuda and the West Indian Islands of the Greater Antilles. When you stand on the low-lying coral islands of Bermuda and look to the horizon it is easy to see how things could ‘disappear’ in the vastness of the ocean – I have never been anywhere so isolated, miles of nothingness. Which means that the views are spectacular because the string of islands, surrounded by their coral reef, are open to all weather.
The sky changes constantly and the wind is almost always present.  However, the sun shines brightly, although this is not a Caribbean climate – August is the warmest month (reaching about 30̊C) and February the coldest (with a low of 14̊C), much like ours. And of course Bermuda can be in the eye of some of the fiercest storms.
There are seven main islands and a further 170 smaller ones with the main ones joined by bridges. They are about 40km long and less than a mile wide (1.6km) so a tour of the main islands does not take long. Being a remote island nation it is all about the sea so sailing is a major pastime, and sea fishing. Bermuda hosted the 35th Americas Cup (the worlds most famous and prestigious yacht sailing race) in 2017. Boat wise, ‘rafting up’ is a big holiday and weekend pastime where islanders gather in one of the horseshoe bays on their boats at anchor and drift from one to the other on an inflatable of some description, beer in hand, to socialise.
Carnivals or events are held throughout the summer, which produce thousands of people ‘rafting up’ in spectacular fashion, so much so that the water is thick with bobbing bodies around anchored vessels of all shapes and sizes.
This mass socialisation suits the Bermudans – they are an extremely friendly bunch, and many do not leave the small islands on which they were born, or return regularly, if they do. Because Bermuda’s market economy is based on tourism and international finance there is an interesting mix of people on the island during the holiday season from British city lawyers, to American cruise takers. The atmosphere is a wonderful mixture of carefree and wild, and a traditional sense of decorum and tradition. The Bermuda short is worn by most working people, and you are not allowed to walk in public without a shirt covering your back.
Take a walk around the historic town of St George, which was founded in 1612 and is now a UNESCO World Heritage Site, and you can feel where the British values seeped in. It is quaint, and feels like a stroll through an ancient village in Devon – what must it have been like to end up on these barren coral islands 400 years ago? In terms of visiting here for a holiday – the beaches are the most beautiful, wide, long coral sand stretches surrounded by tropical trees and cliffs. The sea is an indescribable colour, and full of turtles and fish so there is a lot to do if you like to be by, on or in the water.
The other beauty of these beaches is that they are not crowded, or covered in umbrellas and loungers. There are places for that around the island, but on the whole it is relatively unspoilt.
The main attractions for visitors are the beaches, the sea fishing expeditions, St George’s world Heritage Centre, Fort St Catherine, the Royal Naval Dockyard, the Bermuda Underwater Exploration Unit, Museums and Nature Reserves, the Crystal Caves, and the cliﬀ jumping around the islands. The uncrowded, unspoilt feel of the islands presumably comes from the fact that they are so remote, and living expenses are high. If you are self catering, then a supermarket run is eye wateringly expensive because everything is imported, on the whole, from the US.
However, there are ‘all inclusive’ hotels and beach resorts with easy access to the rest of the island’s attractions. There is a very good bus and taxi system, because tourists are only allowed to drive electric two seater cars.
So, those looking for a diﬀerent place to holiday in the sun should explore the options of Bermuda, which is about an eight hour flight direct, from the UK, and under two hours from New York, and oﬀers a variety of hotel, beautiful self-catering houses, and all inclusive resorts.
For further information on visiting Bermuda go to: www.gotobermuda.com Or have a look at 11 Things To Know Before Visiting Bermuda on www.everysteph.com 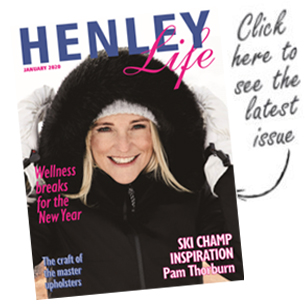