Keeping in the Game 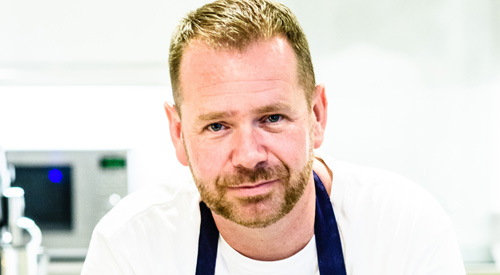 Game meat is always a bit of a contentious issue, says Henley chef Simon Mckenzie. The idea of killing Bambi horrifies kids, while the image of the landed gentry striding across moorland estates and blasting birds from the sky doesn’t really strike Joe Public as particularly 21st century.
However, he says we should revisit our preconceptions and look at why game meats are great to eat, and also good for the conservation of our countryside.
So, what is game? It’s obviously deer and rabbit, but also a whole variety of bird species such as grouse, duck, goose, partridge and pheasant, and lesser known birds including snipe, woodcock and ptarmigan. Most species are native to the UK, but some have been artificially introduced over the centuries, most notably by the Romans and Normans in the past two millennia. Some species can be farmed – or at least managed within an enclosure. Many of the grand estates of England and Scotland continue to manage semi-wild populations of deer, and also farm breed game birds that are then released into the wild for the shooting season. However, vast numbers of wild game roam freely around the country enjoying the lack of natural predators – and that includes us – that would historically have kept their numbers down. With the UK’s deer population now standing at around two million head, it is believed to be at its highest level in the last 1,000 years. Wild deer cause a lot of damage to arable crops, tree plantations – they love eating bark –  and are detrimental to protected Sites of Special Scientific Interest where they strip out the undergrowth which then undermines the shrub layer for ground nesting birds.
Experts suggest that localised culling of deer should take place to reduce the populations to more eco-system friendly levels. But perhaps one of the main reasons for looking at reducing deer populations is the surprisingly high number of road accidents they cause annually. The Deer Initiative organisation says up to 74,000 vehicle collisions are registered each year, causing around 450 human injuries and 10-20 human deaths.
Some people are squeamish about game, because of the intensity of the flavours. Ultimately these animals and birds have been eating a wild diet so their meat is more intense and earthier than domesticated farm animals that eat a diet exclusively of grass and grain. But obviously how you cook the meat, will impact on the flavour. As game is a lot leaner than farmed meat, most cuts don’t require as much cooking.
The intensity of flavours is enormous when it comes to game. Venison pairs well with earthy flavours such as celeriac and also easily lends itself to fruit and berries such as pear and blackberry. If you’re feeling adventurous try pickling the fruit to add another dimension to the dish. Certainly from a health perspective, wild game meats are a lot healthier than farmed meats. Wild game also doesn’t have any growth hormones or antibiotics in its food chain which is an increasing concern for many consumers who are thinking about what they are putting into their bodies.
To source game locally, check out your local farmers’ market or quality butcher. Even if the butcher doesn’t have game in, they can certainly order it for you. In a time where most of the meat that we consume, and the process by which it reaches our tables, is abstract and hidden from us, there is something raw and visceral about game meats but, for many reasons, it’s time we reconsider that and enjoy this quality, healthy and local meat.
Chef Simon Mckenzie is hosting a Taste of Game pop-up dinner event at Christ Church, Henley-on-Thames on Saturday October 5. For more information call 07539 422 103 or visit www.chefsimonmckenzie.com