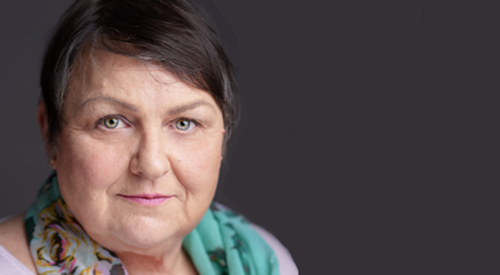 Genevieve Rees-Agnew (Gen) has lived in Henley for more than 30 years and started her business, Henley Housekeepers, 28 years ago. The business specialises in regular house cleans and has been working with many of their clients in and around Henley for many years. Gen is proud that most of their work is through word-of-mouth recommendations. She has two daughters and a son and is pleased to have grown up with a love of animals. One daughter, Sam, has represented England at dressage at the Home International where she was captain. Her other daughter, George, has competed successfully in showing (horses) internationally. Her son Charles, who resides in New Zealand, states that the main reason he does not return is because of his love for his cat Jack.

What brought you to the Henley area? Why do you stay?
The wonderful schools, my three children were at private and boarding schools, after divorce I had to look around at options, a friend of mine was a spokeswoman on education and said you cannot beat the state system if you live in the right area. She was correct. My children flourished.
What would you change about Henley?
I would remove the one-way systems and have two-way traﬃc like it used to be. I cannot think of another town that you have to drive through a car park to get out of town, and is so desperate for more parking. Even the double lines are full of parked cars.
How do you spend your leisure time locally?
My leisure time is spent with my horses and my dogs, or watching my daughters compete at dressage and showing. I also volunteer for a couple of dog charities and do home checks on their behalf
What are your top three local haunts?
Mill Meadows only during the week, a peaceful place to meditate. Harrods Café, although anti to start with, I now love it as a very civilised place for a cup of tea. I just have to try to resist the cakes. The cinema, we are so fortunate to have it, it is a pleasure to go and watch films in comfort, plus a great way for children to venture out with friends.
Which song would you pass down to your children?
My Sweet Lord by George Harrison. The words are so meaningful.
Which book, film or play inspires you the most?
The book 185 Squadron as it is about my father’s squadron when he was a Spitfire pilot. He was my inspiration, a most incredible man, from racing his Hispano Suissa to being a founder of the Chelsea Fine Arts Fair. I am fortunate to have some of his genes.
What do you treasure most about life in the UK?
Democracy, freedom of speech, the national love of animals and the green grass.
If you could live anywhere else in the world, where would it be?
There are many wonderful countries. I nearly moved to Barbados years ago, however there is nowhere like the UK. My son lives in New Zealand and loves it, but it’s not for me.
Is there anyone, or anything, in the area that you admire, would recommend or think deserves a special mention?
The d:two centre in market place and all the people involved in running it, especially the wonderful Roger. They are Henley’s hidden secret and do a lot for the community, especially young families and children. Anyone moving here is made instantly welcome.
Which things do you wish you had known when you were younger?
Understanding.