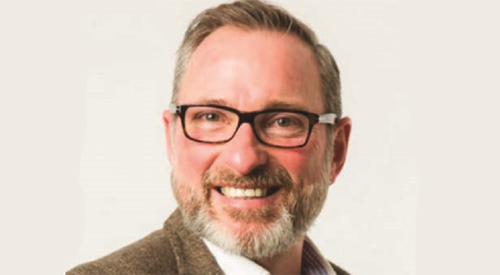 Peter McConnell was something of a Henley fixture before he joined his wife Amanda for a three year working sabbatical in Melbourne. Prior to that Peter had been the marketing director for the River & Rowing Museum for five years, chairman of Regatta Radio and, for three years, the Henley Town Centre Manager. He and Amanda are now back living in central Henley and Peter has set up his copywriting company, What are Words Worth? He writes online content, copy, blogs etc for a wide range of small and medium size business and digital marketing agencies in the local area. Peter has been rowing since he was 13 when he was at Great Marlow School, then at Marlow Rowing Club, Imperial Rowing Club and for the past 20 years, Upper Thames Rowing Club and he still participates in masters events both nationally and internationally in both rowing and sculling. He can also be seen performing around the area in the Yoko Mainwairing Experience, a ukele comedy cabaret.

What brought you to Henley, why do you stay?
I was brought up in Medmenham and after university in London always wanted to return to the area. In 1996 I was oﬀered a job at an ad agency in South Stoke and persuaded my partner (later to become my wife) to move here. I really just wanted to be able to walk home from Henley Regatta. It's friends and the river that keep me here.
What would you change about Henley?
I'd love people to be more positive about the great town we live in. I've seen it evolve over the last 20 years into a dynamic, vibrant community with some truly awe-inspiring people and businesses in it, yet I so often hear negative comments. I love that our high street is evolving and not dying and that so many people are contributing with independent businesses.
How do you spend your leisure time locally?
I spend a lot of time on the river, either rowing out of Upper Thames Rowing Club or pottering about in the summer on my slipper launch. I'm privileged to live close to such a beautiful stretch of river and never tire of seeing the waterfowl or Temple Island emerging through the mist on an autumn day.
Where are your top three local haunts?
Recently I've been spending a lot of time trying to improve my fitness at Henley Practice above Athlete Services (based in the Greys Road car park) and that's because I have most of my meetings in Spoon and eat too much of their fabulous cake or enjoy one too many refreshing ales in the Three Tuns.
Which song would you pass down to your children/godchildren/nieces or nephews?
I'm continually discovering new music but as it’s both the 50th anniversary of Abbey Road and the 40th of London Calling I'd like to make sure they enjoy our very own George Harrison's Something, written when he was a Henley resident at Friar Park, as well as I'm Not Down for its pure punk/reggae positivity by the only gang in town, The Clash.
What do you treasure most about life in the UK?
After three years in Australia, I really appreciate the verdant green beauty of our countryside. And pubs.
But if you could live anywhere else in the world, where would it be?
I loved living in Melbourne and have many friends there so it would be Australia.
Is there anyone or anything in the area that you admire, would recommend or deserves a special mention?
Many of us don't appreciate the world-class museum we have in Henley. The River & Rowing Museum punches far above its weight and deserves much more appreciation.
If you could turn back time, what would you do diﬀerently?
You should never have any regrets. What's done is done.
Which things do you wish you had known when you were younger?
That The Clash weren't going to be around for long, so go and see them while you still can. That I could make a living from writing. And that your friends and family aren't going to be here forever, cherish them while they are.