Rita at the races 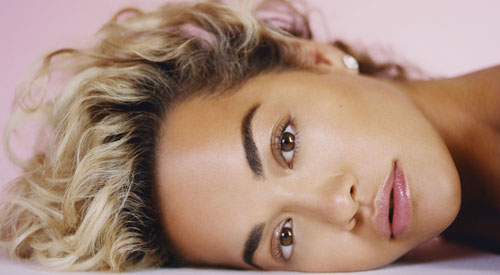 Pop siren Rita Ora is a dead cert to keep racegoers partying writes Matthew Wilson...
She was one of the big hits of last year’s Henley Festival, lifting the spirits of the crowd with a stellar performance on the Floating Stage following the England football team’s World Cup semi-final loss to Croatia. Now pop star Rita Ora is set to take centre stage following another great sporting occasion — a summer race meeting at the Royal Windsor Racecourse.
The R.I.P. singer will be live in concert after the racing on Saturday, August 24. A spokesman said:  “We are thrilled to announce that global Rita Ora is playing the Royal Windsor Racecourse.
“It’s been a momentous few years for Rita. Since her rise to prominence in 2012 she’s sold a staggering seven million singles, had 13 top 10 hits and recorded a number one platinum selling debut album with Ora.
“Number one singles Hot Right Now and How We Do (Party) established her as a household name and kept her atop the UK charts.
“Her arrival was so impactful that she became the artist with the most number one singles on the UK singles chart that year, with three consecutive releases reaching the top position.
“Last year saw the release of her platinumselling album Phoenix, breaking music records.
“The first single from the album, Let Me Love You, became her 13th top 10 single, setting a new UK chart record for the most top 10 singles by a British female artist.
“Her popularity continues to grow, with a billion Spotify streams worldwide from her latest five singles alone.
“She has also been recognised within the industry, with five Brit Award nominations under her belt, as well as countless collaborations with some of music’s hottest acts, including Liam Payne, Charli XCX and the late Avicii.”
Simon Williams, the executive director of the Royal Windsor Racecourse, added: “We’re absolutely delighted to welcome Rita Ora. She is a global icon and one of the country’s most popular artists.
“We’re sure that she’ll blow our customers away with a live performance that matches her worldwide reputation. We are anticipating a sell-out crowd so would encourage our customers to book sooner, rather than later.”
Rita Ora is live in concert at the Royal Windsor Racecourse on Saturday, August 24, from around 8.15pm. Gates open at 2pm on the day with the last race due at 7.45pm. Tickets are £37.50 with under 18s £20. For more information and to book, visit www.vmstickets.co.uk